The Dream of Ding Village

"Sometimes simplicity and economy make for a more vigorious exposition" 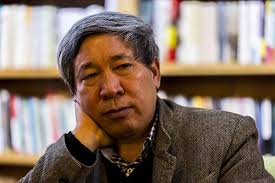 We've established The Dream of Ding Village is a rather melancholy book. But how does this reflect on the author?

The works of Yank Lianke are rather somber. He covers topics such that talk about what it's like to live in rural China. These are in direct mirror image of himself. The author grew up in slums and was in the lower class for most of his childhood and early adulthood. This may have had an impact on his inspiration for the novel, and completely redifines everything we thought we knew about the book. It is documented that Lianke's parents were illliterate farmers who lacked the means to send him to university, encouraged him to enlist in the army, where he rose in the ranks to become a propaganda writer. He eventually graduated with a degree in politics and education.This proves how the author used his own life experience to write his novels

So where did this get him?

Lianke was a prolific author, winning himself the Franz Kafka prize. He has also been entered in honors such as Man Booker International Prize, Independent Foreign Fiction Prize, the Man Asioan Literary Prixe, and the Prix Femina Etranger. Additionally, as a prestigious writer, he has also been presented with the Lu Xun and the Lao She award.